The Williams Lake Curling Club will officially open for the year on Monday, October 7th, 2019.  During this first week teams are expected to pay all fees and are invited to come down and get in some practise before the leagues officially start on Tuesday, October 15th.  The club will be open for practise and league fee payments from 6 – 8:30pm Monday, Oct. 7th  to Friday Oct. 11th.

We also ask that team Skips/Captains phone or email the club to register their team roster sometime during the month of September.

All weekday evening league fees, the Capital Improvement Fund fee, and lockers, are subject to a 5% GST, which is added upon registration.

Please note – The Affiliation Fee is only paid once/person/year therefore when players are in more than one league they will only be charged the League Fee for second and subsequent leagues.  Please see below for discounts if members sign up for multiple leagues. 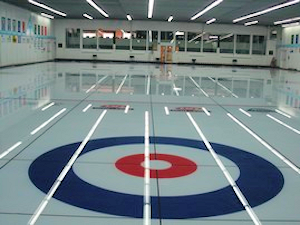 Mixed Doubles – Night, Time and Fees yet to be determined

As per the Annual General meeting held April 22, 2015, the Board of Directors implemented a yearly “Capital Improvement Fee” of $20.00 per person per year. These fees will be set aside for the improvement of the Curling Club as determined each year by the Board. 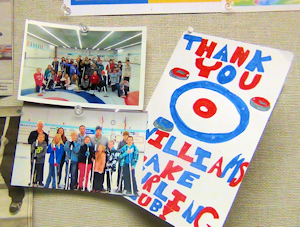 Locker Fees – Bring your own lock.

If your team has fewer, or more than, 4 members then this section may help you calculate the fees for each of your team members.  With the exception of the Social League (Monday Night League), Team Fees only apply to teams that have less than 4 players or more than 4 players. The example below is for a team of 6 players registered in one of the Tuesday – Thursday leagues.   The team has determined that each of the players will pay an equal fee.  The league fee ($341.25/person) is multiplied by 4 and then divided by 6.  The affiliation fee ($16/person) is then added to this, as is the applicable GST taxes of 5%.

While the example above is for a team that is equally sharing the team fee, it is up to the team’s discretion to determine who pays how much (examples:  divide equally amongst players, prorate certain players to pay more/less due to their playing time, etc.)  The important part for the club is that full payment of fees is recieved one week prior to the start of league play.

Teams with only 3 players are responsible for the full team fee of 4 players plus the Affiliation and Capital Improvement fees for each of the 3 players.  Any player picked up to fill the 4th spot must be an affiliated player.  If a permanent player is picked up after the season begins it is up to the team to work out any fee refunds and/or payments amongst themselves.

We use cookies to ensure that we give you the best experience on our website. If you continue to use this site we will assume that you are happy with it.OkPrivacy Policy